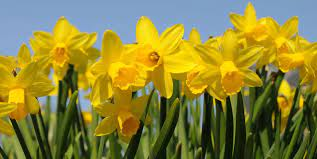 April is a fun- packed month with lots of celebrations! April 1st is April Fool's Day here in the Uk! It's the day people may play a trick on you so be careful! Read all about it below. April Fool's traditions In the UK, jokes and tricks can be played up until noon on 1 April. After midday it's considered bad luck to play a trick. Anyone who forgets this and tries a joke in the afternoon becomes an 'April Fool' themselves. So, what kind of jokes do people play? Well, a simple example would be telling your friend that their shoelaces are undone. Then, when they bend down to do them up, you shout, 'April Fool!', and they realise their shoelaces are fine. Maybe it's not your kind of humour, but watch out, there's always someone who will find it hilarious! In Ireland, a popular prank is to send someone on a 'fool's errand'. The victim is sent to deliver a letter, supposedly asking for help. When the person receives the letter, they open it, read it and tell the poor messenger that they will have to take the letter to another person. This continues and the victim ends up taking the message to several different people until someone feels sorry for them and shows them what the letter says: 'Send the fool to someone else.' In France, Belgium, the Netherlands, Italy and French-speaking areas of Canada and Switzerland, the 1 April tradition is known as the 'April Fish'. A common joke is to try to stick a paper fish onto a victim's back without being noticed.

- May 28, 2019
Interview questions and how to answer Question 1:   Tell me about yourself…  This is the most common question to start with in an interview. The biggest mistake people make in this answer is they summarize their resume or their entire job history. But that’s not what the interviewer wants. Instead, prepare to say a few things about your accomplishments, strengths, and a quick summary of your career. Question 2: Reasons you want this job Example Questions: Why are you interested in this position/job? Why are you interested in working at this company? With these questions, highlight what interests you about the job. Focus on what you will do in the job and what excites you about the position, not the benefits or salary or day-to-day tasks. Question 3: Your experience Example Questions What experience do you have for this role? Why did you leave/want to leave your last job? With this question, you want to be careful. You don’t want to co
Read more