Reading practice - It's a dog's life! 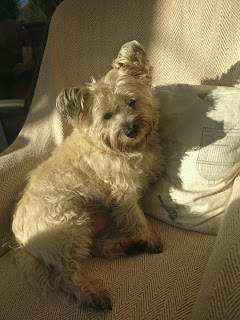 Read the text and answer the questions

Dogs have been around humans for many years – they were the first species to be domesticated. For over 1000 years, humans have been breeding dogs to have specific physical attributes or behaviour.

This is why today there are more than 330 different breeds of dogs. Some are even smaller than cats, while others, like the English Mastiff, are much bigger than humans. 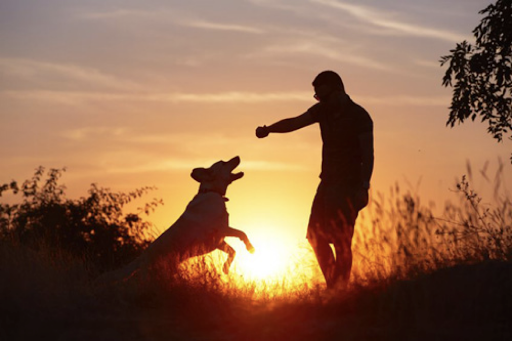 A Brief History of Dogs 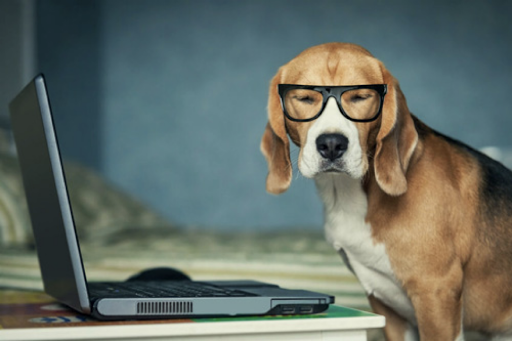 Nowadays, beagles are popular pets, although they were originally bred for hunting, especially for tracking rabbits. Because they are excellent scent hounds (dogs with particularly good and sensitive noses), beagles are also employed to detect prohibited food imports.

Besides having an expert nose, the beagle is very active and fun-loving. It is rather difficult to housetrain them, and it can even be dangerous to leave them alone. They get bored very easily, so it is very likely they will start howling and digging around if they are alone.

All in all, the brown and white beagle with floppy ears is an independent and stubborn dog, yet friendly to everyone and so easy to love. 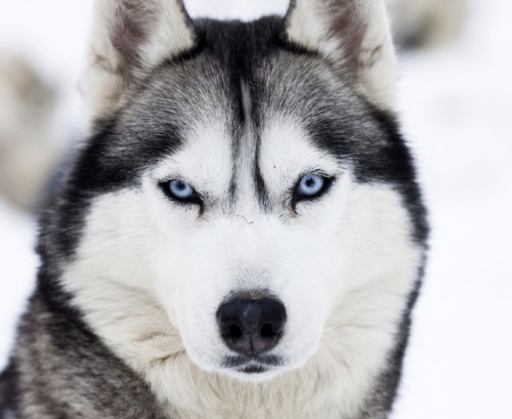 The unique wolf-like looks of this beautiful breed make the husky a very popular pet. There are different kinds of huskies, but most often they will be either black or grey and sometimes red. Huskies often have sky blue eyes.

This breed is commonly used for sledging, whereby several dogs pull a sledge to ease the travel in cold areas covered with snow. Of course, huskies can be kept as pets in places that are not so cold, although it is recommended to still keep them very active.

Because they are very curious, they can be taken on longer hiking trips. Even though they are quite big, these dogs are friendly and perfect for young children. 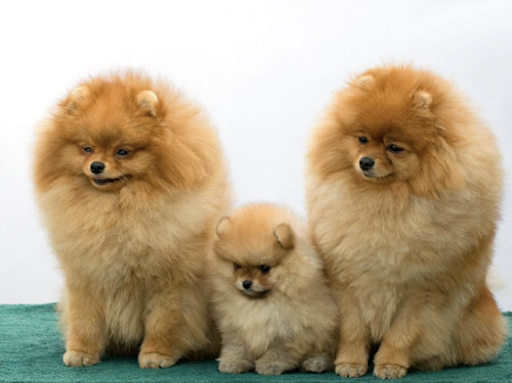 The tiny, fluffy Pomeranian is one of the breeds which were made popular by royalty. In the United Kingdom, Queen Victoria was fond of this particular dog. They were once large sledge dogs, but have constantly been bred to be smaller.

Nowadays, they weigh only three to seven pounds. But, the size should not fool you – the Pomeranian is not very dog-friendly and is known to have the courage to attack much larger dogs. They also have a very loud bark, and will always notify you when someone new enters the house. Warm weather bothers them, so they should be kept indoors. 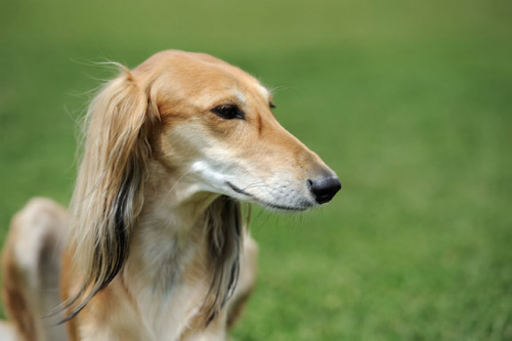 The skinny Greyhound has been particularly bred for racing. Their strong legs and flexible spine help them run 40 miles (64 km) per hour on average.

Today, much awareness has been raised about all the retired and abandoned Greyhounds, which is why they have become popular family pets.

Greyhounds are believed to be one of the most ancient breeds, possibly originating from Egypt. They have very thin furs, so they require extra clothing when the weather is cold or rainy. Even though they love to run fast and chase squirrels, greyhounds are also very good at napping and being lazy. 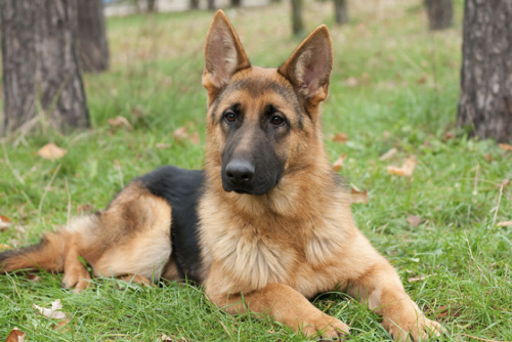 These yellow and black dogs are a relatively recent breed. Their origin dates to 1899, when the Germans bred this dog to look after sheep. Over the years, their intelligence and obedience were noted, so they have been the preferred breed for military and police roles.

Since they are used as working dogs, they require solid training even as pets – daily exercise, such as throwing a Frisbee or jogging is a must.

The German Shepherd is a great watchdog and can be left outside to keep guard. Yet, they also get bored when they are alone for too long, and simply love spending time with the family.

Interview questions and how to answer Question 1:   Tell me about yourself…  This is the most common question to start with in an interview. The biggest mistake people make in this answer is they summarize their resume or their entire job history. But that’s not what the interviewer wants. Instead, prepare to say a few things about your accomplishments, strengths, and a quick summary of your career. Question 2: Reasons you want this job Example Questions: Why are you interested in this position/job? Why are you interested in working at this company? With these questions, highlight what interests you about the job. Focus on what you will do in the job and what excites you about the position, not the benefits or salary or day-to-day tasks. Question 3: Your experience Example Questions What experience do you have for this role? Why did you leave/want to leave your last job? With this question, you want to be careful. You don’t want to co
Read more